St Anthony’s Netball Club as we know it today began in 1977 with ten teams playing at Dales Park in Moorabbin (now the site of Kingston & District Netball Association - KDNA).

Multiple teams from Under 11s through to the Open age group, including a team made up of parents, played in the competition. The uniform, still in place for our current Under 11s, was the maroon wrap around skirt and white t-shirt.

As today, teams were managed by a volunteer parent, who was responsible for scoring; handing out bibs; providing the half time oranges; and making sure nails were cut and earrings were out before players took to the court.

The Caulfield and District Netball Association (C&DNA) commenced in 1992 and selected its name due to being located in the (then) City of Caulfield.

After successfully lobbying the Federal Government, a grant of $175,000 was obtained and an additional $75,000 was provided by the City of Caulfield. The money was used to construct the courts, establish the Association and make available some facilities in the then existing pavilion at Duncan MacKinnon Reserve. The eight courts were constructed on the area originally used as a junior soccer oval. They were officially opened on 25thJuly, 1993.

To obtain members, expressions of Interest were called for from local clubs. St Anthony’s was one of eight clubs that joined the C&DNA. St Anthony’s Netball Club’s Toni Nicholson was Court Manager and ran the centre at Duncan MacKinnon for over ten years. In 2001, she was honoured with a Life Membership of the C&DNA for her service.

The C&DNA permitted two boys to play in the junior competition. St Anthony’s had one boy, Tristan O’Shannessey, playing for the St Anthony’s Raiders. Over the years and particularly after 2010, other boys followed Tristan’s lead and played in the Under 11 and Under 13s age groups. One of our own male players, Callum Baird, has gone on to represent the state in the Victorian Men’s Under 17 Netball team.

The ethos of the St Anthony’s Netball Club has always been to enable teams to stay together as they move through the age groups. This has meant that teams that formed as Under 11s – girls aged nine or ten – have still been playing together ten or fifteen years later in the Under 25s age group. Many of our older players have coached and/or mentored the younger teams and have been instrumental in providing services such as our NetSetGo Programme.  Involvement in the St Anthony’s Netball Club has become generational as our players who played as children themselves, brought their own children into the club.

As with any local community club, St Anthony’s Netball Club wouldn’t function without the volunteers who year after year, rain, hail or shine, give their time to ensuring teams can turn out every Friday night and Saturday to play competitive netball. Our committees, coaches, team managers and all our parents, grandparents and friends ensure the players are equipped, trained and ready to go every weekend of every season and we thank all of them for supporting the Club for over 40 years. 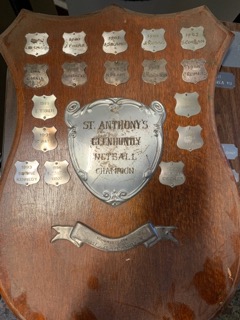 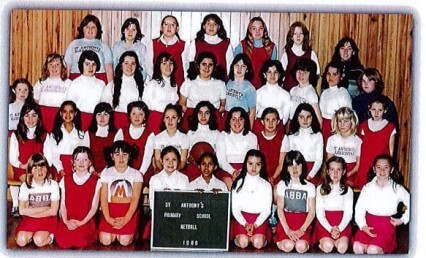