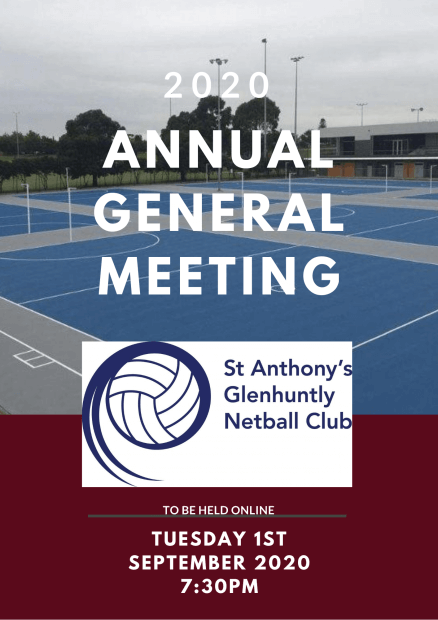 Due to the current lockdown measures, the normal mid year function where we would hold the AGM in conjunction with the MVP Awards mid-year cannot occur. Instead the AGM will be held remotely via a Zoom meeting:-

As all committee positions are declared vacant and election of committee for 2020/21 will occur - nominations are called for the following mandatory roles:-

All teams must nominate one committee member*

* All teams must now nominate at least one representative to serve on the committee as our current committee members are 95% parents of upper age players, have served for many years and some teams are over-represented. To prevent the 'crickets' moment when nominees are called for, we ask teams to pre-nominate their representative. Nominees must be at least 18 years old. Nomination Form available HERE.


Nominations of candidates for election of Officers of the Cub must be:

If insufficient nominations are received to fill all vacancies on the committee, the candidates nominated shall be deemed to be elected and further nominations may be received at the Annual General Meeting.

Please contact secretary@stanthonysnetball.org.au to nominate by 5pm Tuesday 25th August.  A member intending to bring any business before an Annual General Meeting must notify in writing, the Secretary of that business.