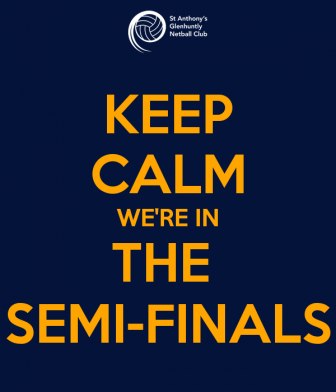 Congratulations to the seven teams playing Semi Finals this weekend:-

Please note that the list of players qualified has been distributed to Team Manager's and no players can be added and score sheets can not be amended.

The CDNA has updated their By Laws and Codes of Behaviour - specifically an updated version for Players and separately for Parents which require acknowledgement to your Team Manager before the day.


The Finals By Laws are Downloadable as a PDF HERE

The duration of extra time shall be as follows:-

(i) There will be a two (2) minute interval at the end of full time;
(ii) Extra time will consist of 2 x 3 minute halves, with an interval of one (1) minuted at half – time. Teams shall change ends at half – time. The Centre Pass is taken by the team entitled to the next Centre Pass;
(iii) During both intervals, substitutions and/or team changes may be made (refer Rule 6.1.1 (i));
(iv) During extra time, normal injury or illness procedures shall apply;
(v) In the event of a tie remaining at the end of extra time, play will continue until one team has scored two (2) goals.

All the best, remember it's only a game and don't forget to take some pics to share.