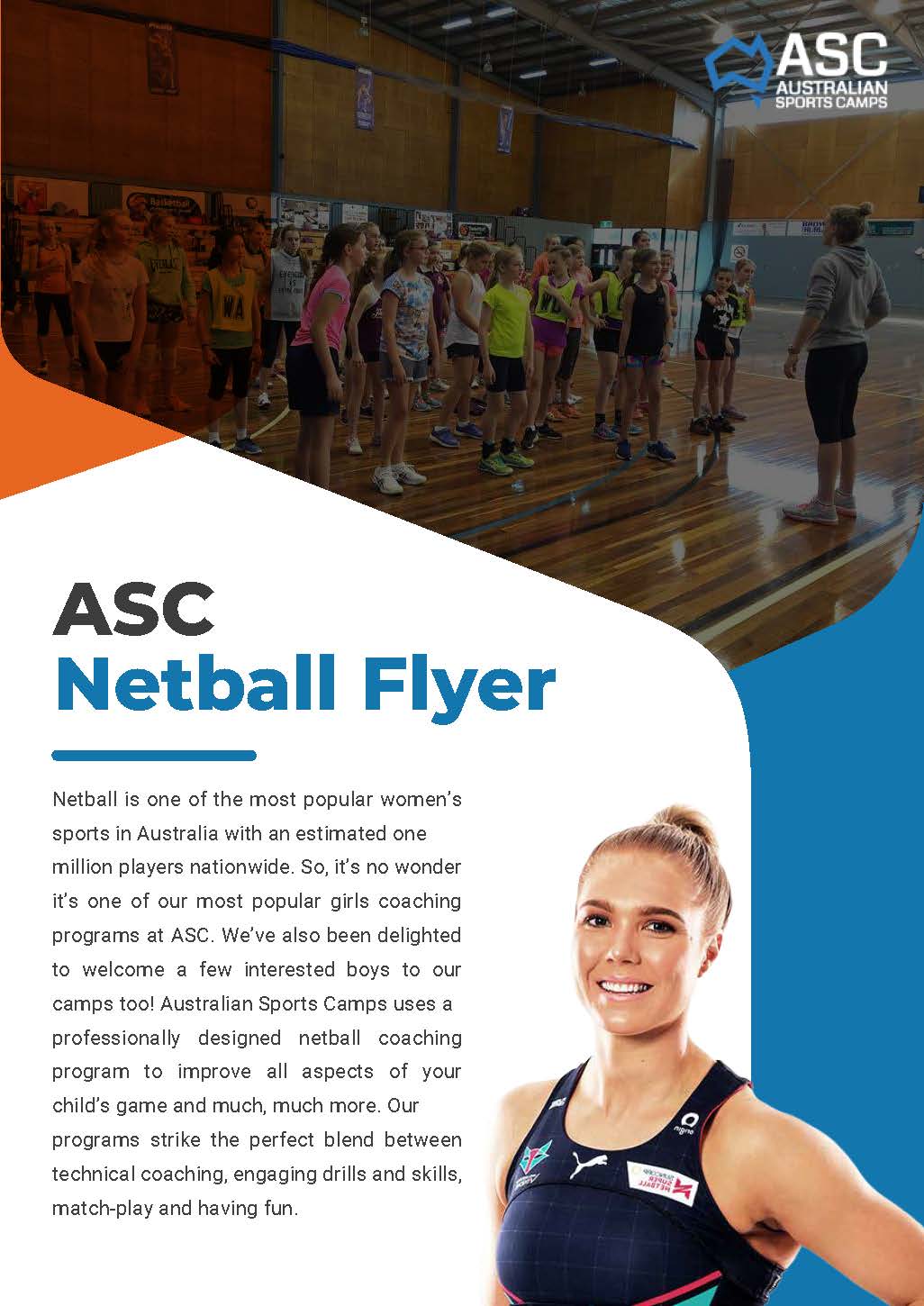 "Netball is one of the most popular women’s sports in Australia with an estimated one million players nationwide. So, it’s no wonder it’s one of our most popular girls coaching programs at ASC. We’ve also been delighted to welcome a few interested boys to our camps too! Australian Sports Camps uses a professionally designed netball coaching program to improve all aspects of your child’s game and much, much more. Our programs strike the perfect blend between technical coaching, engaging drills and skills, match-play and having fun."

Australian Sports Camps are running 3 Day Junior Netball Programs in the April School Holidays. The programs are tailored to kids aged 5-15 years and run 9am to 5pm each day. See flyer below for further information including a QR Code to scan to receive the Early Bird offer of 30% off before the 13th March.

More information on ASC Netball available - click on the image to the right to read their Netball Flyer:-Plea 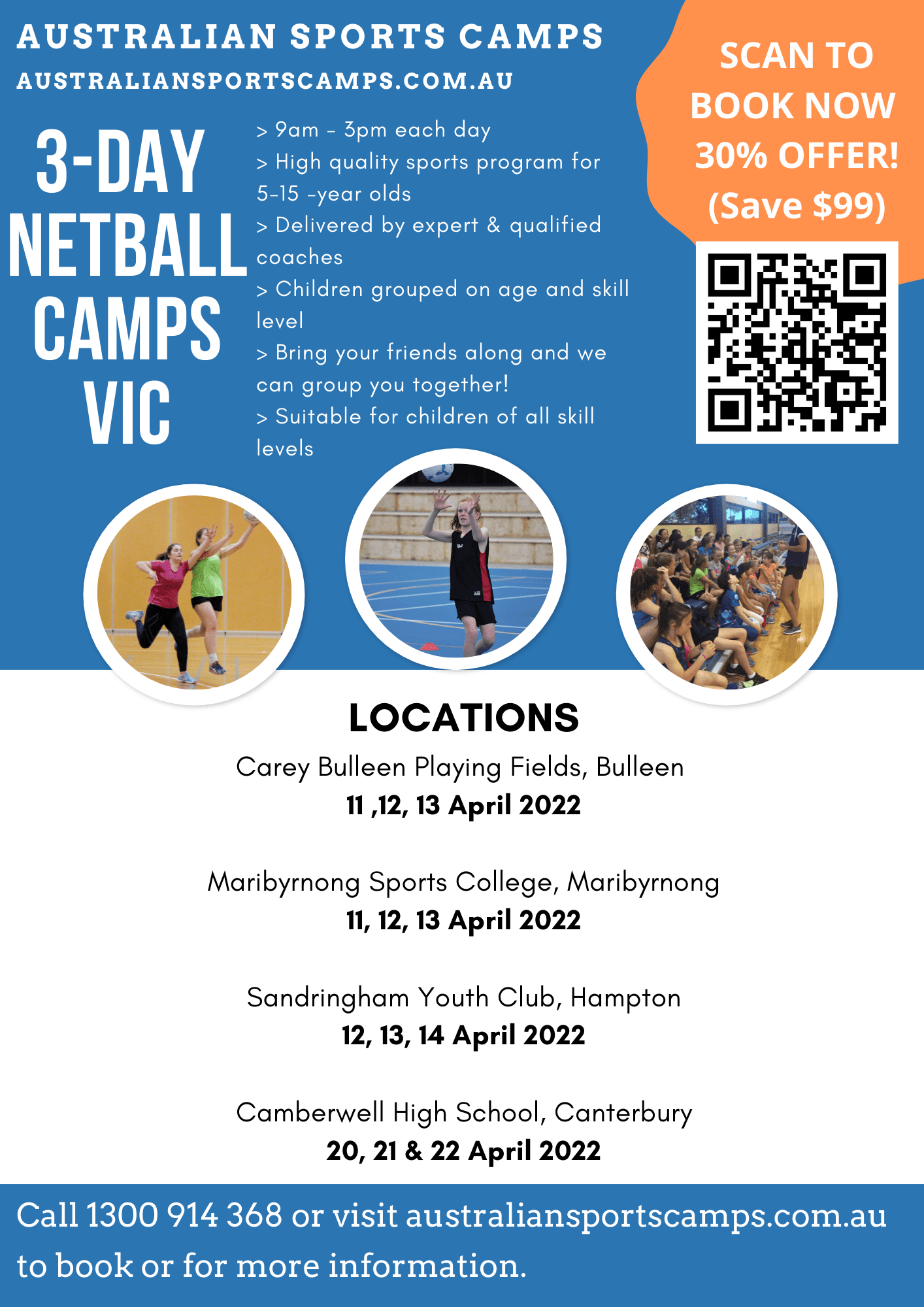 Please Note:- This information is provided as information only and is not an endorsement by the St Anthony's Glenhuntly Netball Club or it's committee.