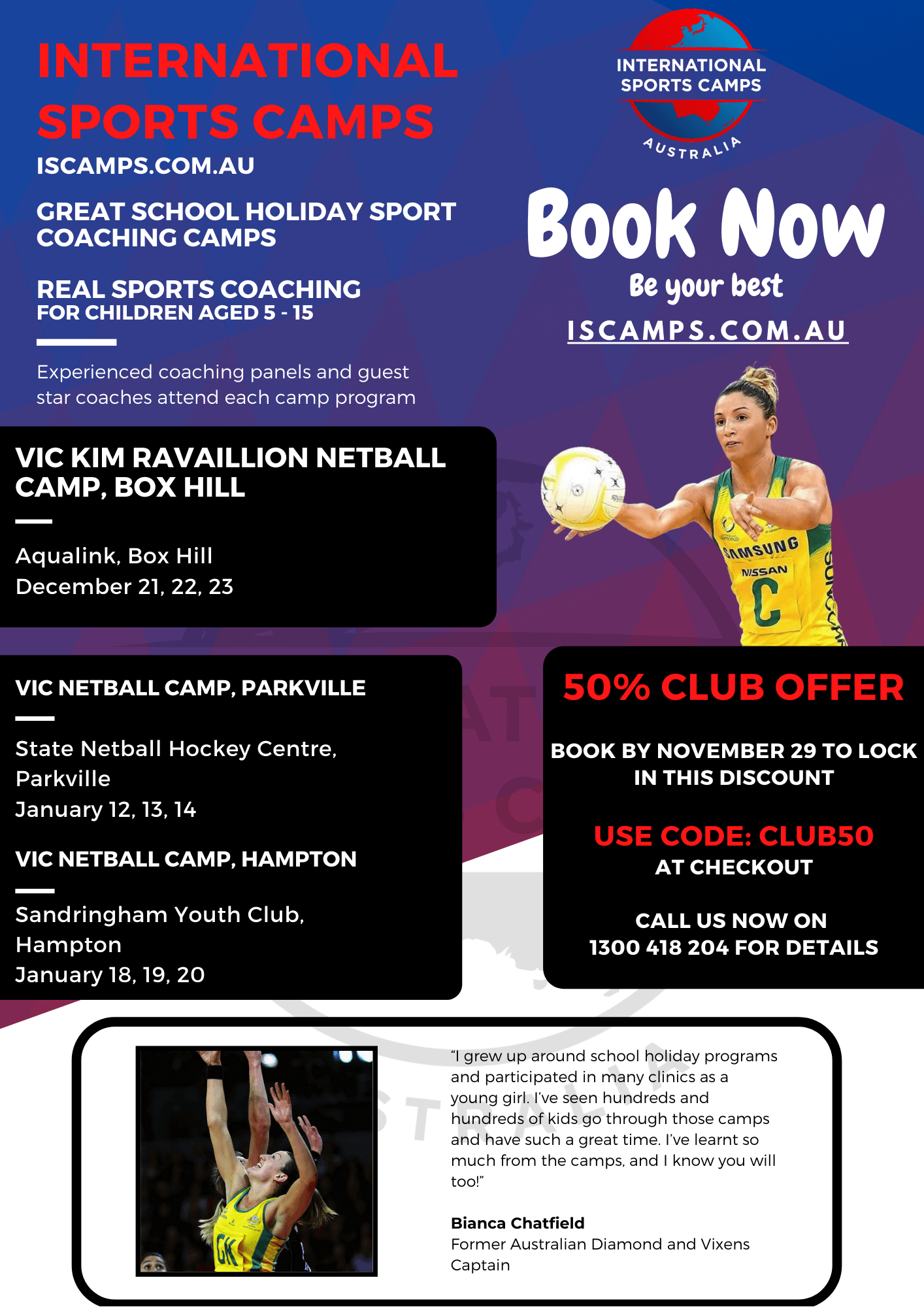 For those who book by November 29th we have a special half price deal running, so any who book will get this three day camp for just $ 142.50.

The camps are for players of all standards aged 5 to 15 and will provide three days coaching from an experienced coaching panel with guest coaches including Vixens player Kate Eddy.

The Box Hill camp in December is the Kim Ravaillion Netball Camp and she will attend each day to drive the program.

If you could pass this half price offer on to your juniors it would be much appreciated, they would simply need to book on our website :

and when checking out used the discount code of :

VIC50 to lock in that special rate.

Please Note:- St Anthony's Glenhuntly Netball Club is not endorsing these camps, merely providing the information as a courtesy.