CDNA has been trialling live scoring for some of their matches in Spring 2022. It has been successful so far, so they are therefore opening it up to any teams at all who would like to try doing it for their home games (away teams can still enter their players in).

They are encouraging as many people as possible to have a go at doing it! CDNA will still continue to have the paper score sheets at each game as well for now, meaning both scorers can score and just have to agree on the total in the end!

Clubs need to go into Netball Connect and assign a Team Manager to the above teams straight away. See instructions - How to add Club Managers to Teams.pdf (netball.com.au)

The Team Managers then need to: 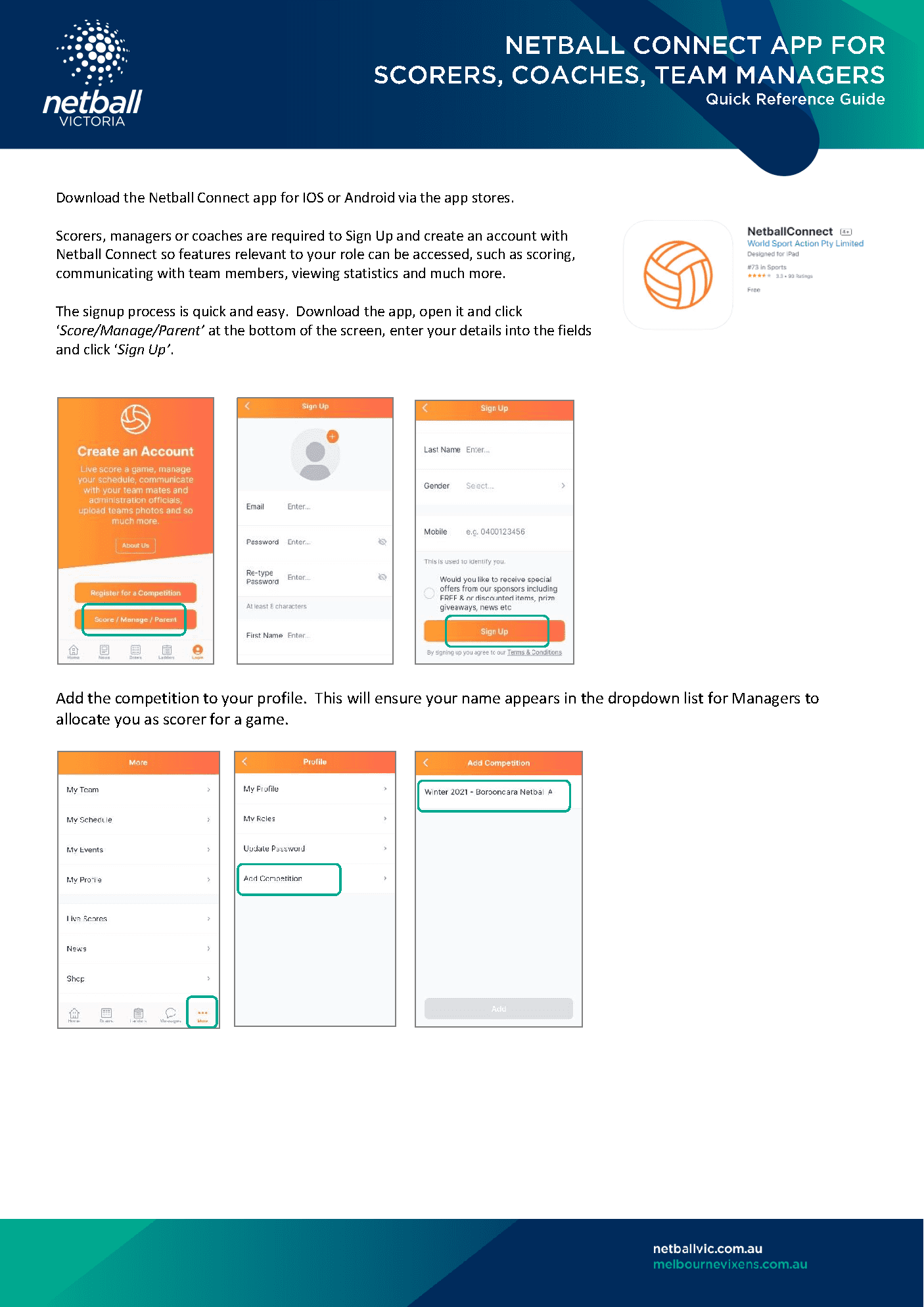 The Scorers then need to: