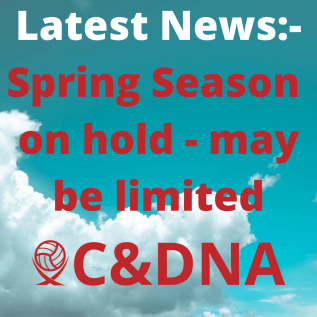 We wanted to provide you with the latest update regarding Autumn and Spring season fees.

In April, we sent out email, outlining three possible scenarios as follows:

Scenario 2. Spring season is cancelled in its entirety

Scenario 3. Spring season goes ahead but is limited

The current CDNA Committee of Management have determined that the third scenario currently applies, as at this stage the Spring season has not be cancelled in its entirety. Due to the timing of the re-election of a new CDNA committee next Tuesday (28th July) at the AGM, the incoming Committee will be charged with the decision regarding cancellation and/or structure of a potential limited Spring season and the subsequent issuing of pro-rata refunds. A limited season or alternative arrangement like a lightning premiership is still definitely a possibility at this stage and whilst there is any hope, we should retain that hope.

We look forward to seeing nominated representatives at the AGM next week and welcoming the new Committee into office.

Until then, please take care of yourselves, wear a mask and stay at home keeping yourself and others safe.