The CDNA Committee held a President's Forum on Tuesday 22nd October - nearly all CDNA clubs were represented and discussion took place around many issues going forward for the 2020 Seasons. Below is a round-up of the topics discussed. It is important to note that these are just discussion points at the moment, the CDNA By-Laws will not change for 2019 and there is no agreement that these issues will become By-Laws unless otherwise stated below. 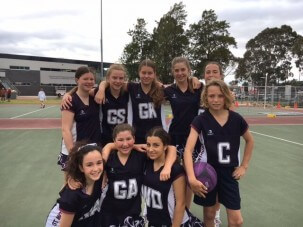 BOYS IN NETBALL
The Netball Victoria Gender Regulation was presented and discussed. These regulations came into force from 1st January 2019 and it was put to the Club Presidents how best to handle the regulations within the CDNA Competition.  The major change is that once a boy turns 13 years old, they cannot play in the upcoming season in a female only competition. This would mean that a boy turning 13 half-way through the year could only compete in the first season, not the second. The regulations around a mixed competition outline that a maximum of 3 boys (one per third - so effectively 2 boys on court really) can be on the court at any one time. The outcome of the discussion was that it was proposed that CDNA offer a girls only and a mixed competition in U13 and above age groups (U11s unaffected as any number of boys can play in a team). Proposed that the minimum number of boys on a mixed team set at zero, so a girls only team could elect to play in a mixed competition without a male player if they chose. This will be subject to club's submitting enough mixed teams to make it viable.  It was also proposed to change the by laws to allow a player to play twice in a round to facilitate playing in both a female only and mixed competition. From a club perspective we would need communication from individual teams as to whether they would want to be placed in a female only or mixed grading. This might be something for team manager's to discuss with their teams now.

OPEN COMPETITION
It was suggested to change the U25 section to U21 (or U23) and offer a true Open Competition so that older players would be able to play. Again, subject to clubs submitting sufficient teams to make this viable. Also suggested a phase-in period with U25s remaining as is for next year (2020) and changing the upper limit the following year.

UNIFORMS
Discussion took place around the relaxation of CDNA regulations in terms of a unisex netball uniform - thereby opening up the possibility of clubs offering shorts and top in addition to netball dresses. There was agreement that a mix on the court would be acceptable as long as the shorts & tops are club-issued and branded as club issue. This is also the case for leggings for U11s. It is proposed that this by-law be amended so that U11s could wear leggings (and/0r long-sleeved tops) without requiring permission as long as they are all the same (club branded and issued).  Therefore some may choose to wear and some not without penalty. Bucket hats are also permissable to be worn by players on court if they wish.

In terms of St Anthony's situation - if the proposed changeover to a netball dress goes ahead there is a two year changeover grace period allowed (therefore teams should be able to have a mixture of netball dresses or top/skort, top/shorts on court at the same time. Again reference was made to no taping of fingernails and no gloves.

PARENT/OFFICIALS  BEHAVIOUR
Reinforcement needs to occur around acceptable behaviour of parents and spectators on the sidelines.

VOLUNTEERS
Discussion took place around the difficulty CDNA (5 members only on the committee with 3 vacancies ongoing) and clubs in general are experiencing in obtaining volunteers to serve on committees. There was discussion around outsourcing administrative tasks for committees and whether user pays type services would ease administrative burden on committees and therefore encourage greater participation.

At St Anthony's, our issue around this is that the majority of our current committee members are from a couple of the older teams, when these teams move out of competition the committee will not just be short-handed, but not viable. 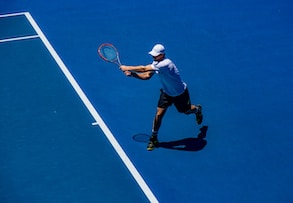 Changes to the CDNA By Laws around the weather policy was discussed. Currently the standard used is the Cricket Australia standard. It is proposed to adopt the Tennis Australia Extreme Weather Policy which outlines:-

Measurement of Thermal Comfort Level Air temperature is an indicator of how comfortable it would feel when playing tennis, however the air temperature is only one factor in the assessment of thermal stress. Other factors, principally humidity, can vary widely day to day and should be considered for a more realistic assessment of comfort. It is useful to condense the extra effects into a single number and use it in a similar way to measurement  of air temperature. The Wet Bulb Globe Temperature (WBGT) is a recognised standard and the measurement which is to be applied by ATOs to determine the base level Thermal Comfort.

CDNA FEES
The Forum was advised that the CDNA fees, which have remained stable for the last 4-5 years will increase as at the commencement of Autumn 2020 by 10% across the board (including finals fees). The Autumn season will be 12 weeks and the Spring season 14 weeks plus finals for both. This will impact on the club fees for St Anthony's players as we will have to pass this increase on to club members and will also need to have a different price for Autumn and Spring seasons due to having to pay for more games in Spring (i.e. current pricing is $50/team per round, this will increase to $55/team per round, more rounds in Spring, higher CDNA and therefore club fees). We will advise the 2020 pricing as soon as the committee meets to discuss.

Do you have any queries or comments on any of these topics? Leave a comment below or contact us

On behalf of the C&DNA committee I would like to thank all club delegates and staff for finding time in their busy schedules to attend Tuesday night's Forum. We hope you all enjoyed the evening and had an opportunity to put faces to the names of people from other clubs in our association.

For the C&DNA committee, the evening certainly aided us in structuring how we offer a competition that continues to meet the changing needs of our community.  It also provided a great opportunity for people to discuss common issues and learn how others deal with similar challenges.

Over the night a number of key decisions were made and I have summarised these below. In the coming weeks further information regarding these changes will begin to be reflected in our documentation.


If you wish to discuss any of these points further please don’t hesitate to give the C&DNA office a call, or send an email to committee@cdna.net.au.